Sam Swanell has substantial expertise and experience in the wagering industry, including successfully managing the start-up of both TomWaterhouse.com and PointsBet. For three years, Sam served as National Sales Manager with TOTE Tasmania, responsible for all revenue channels including all retail and pub outlets. During his tenure, turnover and EBITDA increased 200%. This was followed by four years as Chief Operations Officer at TomWaterhouse.com, which involved responsibility for establishing and managing all functions of the business. TomWaterhouse.com grew rapidly to become a pre-eminent wagering brand in Australia until its sale to William Hill. Sam’s experience also includes international consulting assignments across North America and Europe and related verticals such as online casino and poker.

Sam has a deep understanding of the critical areas required to produce and manage a successful sportsbook, which has been instrumental in the establishment and growth of PointsBet. Johnny Aitken has led PointsBet’s U.S. operation as CEO since launch in January 2019, spearheading the company’s impressive expansion as well as PointsBet’s steadfast focus to offer the most bet types in the world across all four major U.S. sports. Additionally, Johnny has challenged the rapidly growing sportsbook to remain at the forefront of introducing well-received bettor-first initiatives, while also providing clients with the best content and overall experience for sports bettors.

Johnny’s professional career began at Greyhound Racing, where he led the creation of the company’s first website. Johnny cut his teeth in sports gambling at TomWaterhouse.com, where he handled bets as large as $10 million, and learned to differentiate between sharp and recreational action. When William Hill purchased TomWaterhouse.com, Johnny came on to handle integrated advertising during televised sporting events in Australia. He rose to lead the risk unit at William Hill, overseeing the P&L. During his tenure, William Hill’s P&L statement showed a profit of $300 million. As head of risk, he found ways to cut $5 million in expenses from the trading and operations department, and learned the importance of technology in bookmaking. He then became William Hill’s Trading and Operations Director, overseeing 150 people in the quantitative analytics, customer service, content, and accounting departments. While the Trading Operations Director, Johnny drove the National Basketball Association (NBA) to become the largest volume sport for the business by investing in product, promotions, and pricing initiatives.

A native of Australia, Johnny now resides in Denver. He received a Bachelor of Commerce from Deakin University. Andrew Fahey has extensive experience in the Australian wagering industry and has been involved in the architecture and delivery of both TomWaterhouse.com and William Hill’s marketing & media strategies. He has an extensive list of specialist skills that have played a substantial role in the development of the PointsBet brand, strategy, proposition, design, and product range. He has been the primary driver behind the cutting-edge front-end design of the PointsBet website and app to ensure PointsBet is a market leader in this space. Nick Fahey is a Chartered Accountant by training, having started his journey at PricewaterhouseCoopers. With 12 years accounting and finance experience, he oversaw PointsBet’s legal formation and structuring, initial seed funding, strategic and corporate partnerships, and working capital placement. 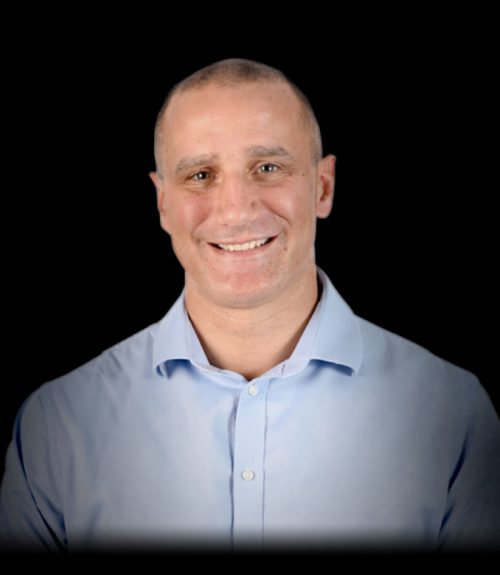 After completing a Bachelor of Commerce degree at Monash University, Andrew started his career with BDO (Melbourne) as a Chartered Accountant with a move to London shortly thereafter, seeing him join investment bank, Credit Suisse, where he was employed for close to 20 years. Andrew worked across global businesses in London, New York and Hong Kong in his first six years before, in 2004, joining the Credit Suisse APAC Convertible Bond Trading and Sales businesses in London and then was transferred to Hong Kong in 2006. He spent the next 12 years in that team, most recently serving as Director and Head of APAC Credit Flow and Convertible Bond Trading.

Andrew’s roles have required a deep understanding of and exposure to financial instruments, financing, and investing across capital structures and across Asia Pacific. He brings a wealth of knowledge in global financial markets and is a member of the Chartered Accountants of Australia and New Zealand. Andrew Hensher is an experienced executive who specialises in gaming and wagering, technology, strategy, corporate governance, and regulatory risk and compliance. Prior to joining PointsBet, Andrew was Head of Legal and Regulatory Affairs at William Hill Australia, responsible for the overall legal, regulatory, and compliance functions. He also has extensive listed governance and corporate experience having spent almost six years at Aristocrat Leisure Limited as General Manager – Company Secretariat and Corporate Counsel, providing global corporate advisory support to all aspects of the business, and was responsible for the overall management of Aristocrat Leisure’s Company Secretariat function.

Dr Jerry Bowskill is a serial technology executive with a wealth of leadership experience gained within multiple regulated sectors, with almost two decades spend within the global gaming sector. After attaining a PhD in Image Processing, Jerry began his career as a research scientist, authoring over 40 academic publications while working for BT as well as the Massachusetts Institute of Technology. Jerry joined Capital International Group, a B2B supplier of corporate banking and treasury solutions, in 2020 as Chief Technology Officer where he was responsible for the delivery of the Isle of Man’s first new bank in 30 years. Previously, Jerry served as Chief Technology Officer of the Stars Group and of TouchTunes Interactive Networks, and at Scientific Games Corporation, he served as group Chief Architect and CTO of SG Interactive. Back in 2003, Jerry was a co-founder of Gaming Technology Solutions, an open gaming platform business that was acquired by Playtech in 2011. Before PointsBet, Eric served as VP of Business Development & Partnerships for CBS Sports Digital where he led strategy for CBS Sports’ entry into sports betting along with content acquisition for live sporting events for CBS All Access, securing deals with the UEFA Champions League, Mountain West Conference, WSOP, and more.

Following an initial run at CBS as Senior Director of Business Development – Sports, Eric was named Vice President of Business Development for Silver Chalice Ventures, now Stadium, where he spearheaded all business development and strategy initiatives, including opening a Boulder, CO office and securing deals with the Atlantic Coast Conference, Big 12, University of Arkansas, Kansas State University, and University of Kentucky. His career began as an Associate Athletic Director for External Affairs at Pepperdine University where he oversaw the corporate sponsorship program, fundraising, media relations, digital media, live streaming, and community relations.

A native of Iowa, Eric currently resides in Denver. He attended Wartburg College, where he attained a B.S. in Business Administration and was a captain of the Knights basketball team. He received his Masters in Sports Administration from Western Illinois University. Rick Martira joined PointsBet as Chief Marketing Officer in October 2018. In his position, Rick manages all aspects of the company’s marketing, including strategy, measurement, performance, social media activation, and the inclusion of brand ambassadors Allen Iverson and Devin Hester. His efforts have been a major part of PointsBet’s rise in awareness and increased market share since US launch in January 2019.

Before PointsBet, Rick was the Vice President of Marketing at Unified, where he spearheaded all marketing efforts and helped grow the start-up from 20 employees to over 190 across five offices. His career began as Media Planner with Digitas North America before holding director roles with Omnicom Media Group and MediaCom. Over his career, Rick has led global marketing and media campaigns for some of the largest brands in the world including EA Games, Cannon, Hasbro, and Delta.

A Rhode Island native, Rick now resides in Jersey City. He attended Quinnipiac University where he attained a B.A. in Public Relations and Marketing. Paul Hannon joined PointsBet as Vice President of Strategy and Business Development in June 2018 as the first employee hired in the US. Since then his remit has expanded to include oversight of market expansion and ongoing retail operations throughout North America.  In his position, Paul plays an integral role internally in corporate development and strategy planning and externally in collaboration with PointsBet’s operating partners. Before PointsBet, Paul was the Business Development Manager for William Hill’s US based executive team where he supported new business initiatives and market expansion amid the overturning of PASPA and widespread legalisation of sports betting. Following graduation from Drexel University’s LeBow College of Business, his career began as an analyst at Parx Casino outside his hometown of Philadelphia before venturing into multi-jurisdictional executive roles in marketing, finance, and operations under various well-respected gaming industry mentors.